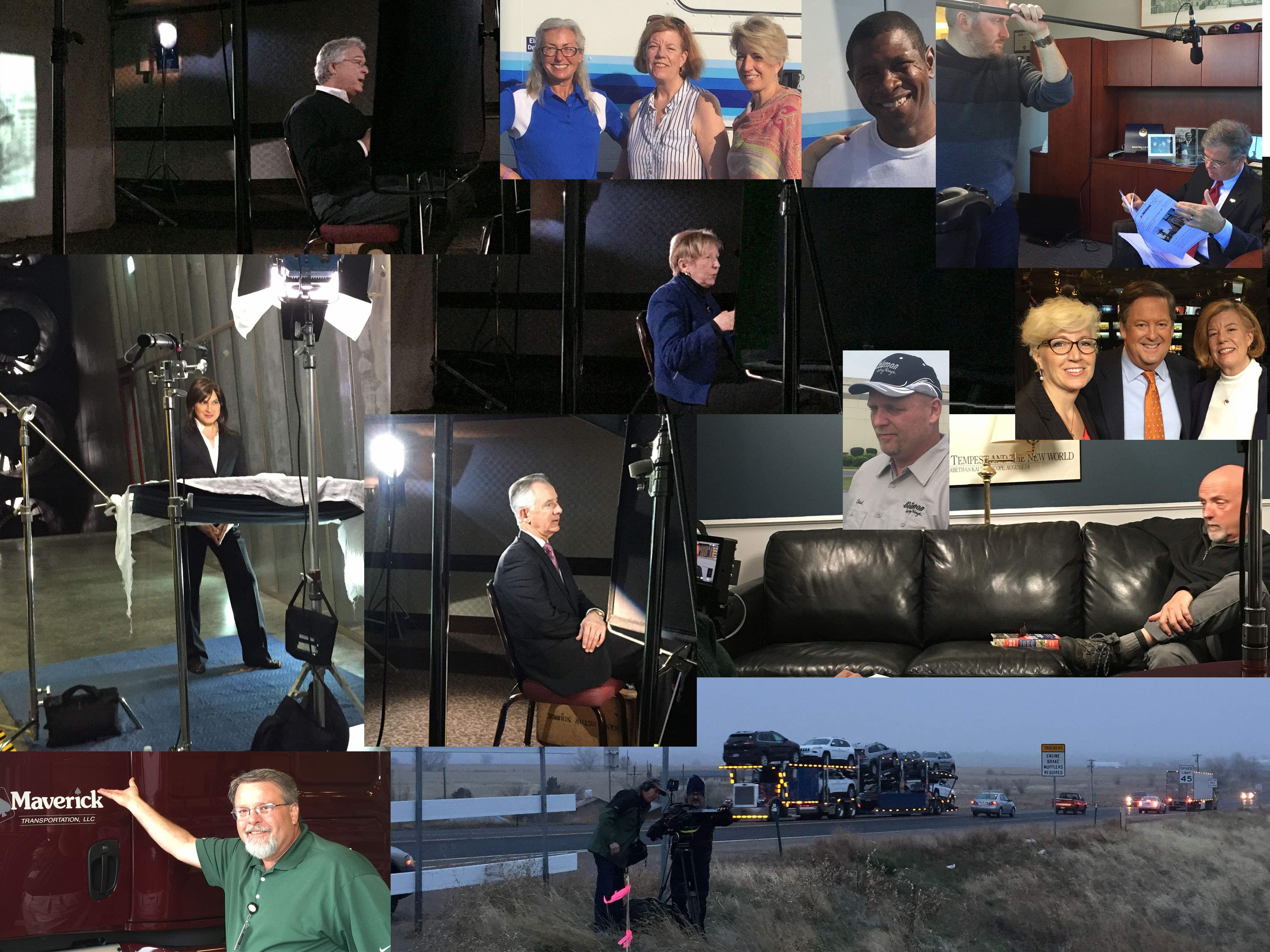 On December 4th we wrapped principal photography for Be Prepared to Stop. Which is just a fancy way of we are done shooting and are now up to our eyeballs in transcripts and outlines and great, great footage of wonderful interviews. So, to Steve Williams who was first in the hot seat, Earl Swift who brought the history heat at the end, and to everyone in-between, we say, “Thank you!”

A lot has happened since we first began beating the drum last December to promote a well-funded Highway Trust Fund, including numerous highway funding extensions, the collapse of the Tex Wash bridge on I-10 and a mudslide closure on Highway 58 in California; a 193-vehicle pileup in Michigan; and an Amtrak Northeast Regional train derailment in Pennsylvania. Not a banner year for road safety. And then, on the same day as our last interview, President Obama signed into law a bi-partisan, 5-year transportation bill that could have been a very happy ending to our story.

However, in spite of the positive steps forward that will give states the ability to plan long-term projects, lawmakers who designed the $305 billion measure refused to adjust the funding methodology that made the Interstate Highway System the greatest public works project in history – and one that did NOT add to the federal deficit: a user fee.

We’ve made this list before. Gas tax, vehicle miles traveled, barrel tax, vehicle license fees, toll roads… if you use the road you should contribute towards its maintenance and improvements. Big trucks pay more because they do more damage. That’s fair. If you use public transportation, that cost is part of your ticket fee. Fair enough. If you drive, you pay. Seems reasonable. But tinkering with the Federal Reserve Bank, selling off petroleum reserves, and using customs fees to make up the difference between what the current 18.4 cents/gallon gas tax generates ($34 billion) and what we spend every year on transportation ($50 billion) seems short-sighted at best, and an unsettling precedent at worst.

The elephant in the room is, of course, that the funding specified isn’t renewable. So, five years from now – or probably sooner – we’ll be right back where we were just a few weeks ago, scrounging in Congress’ sofa for more spare change to pay for this irreplaceable connective road that supports our economy and our way of life.

So, we keep plugging away on our little documentary, hoping the story we tell will encourage and inspire individuals, groups, organizations, advocates, and lawmakers to stand up and say that roads are worth the investment. Our highways deserve a permanent funding source that allows states to keep them well-maintained, safe, and capable of handling the variety of vehicles – from electric to autonomous to flying – that are coming, and coming soon.

We’re in the home stretch for finishing the documentary, but the push for transportation funding still has a way to go. Thanks for joining us. And lease let us know what you think of the new Transportation bill and what you’d say to a legislator if given the chance.

Sign up for our newsletter to keep up on the latest!