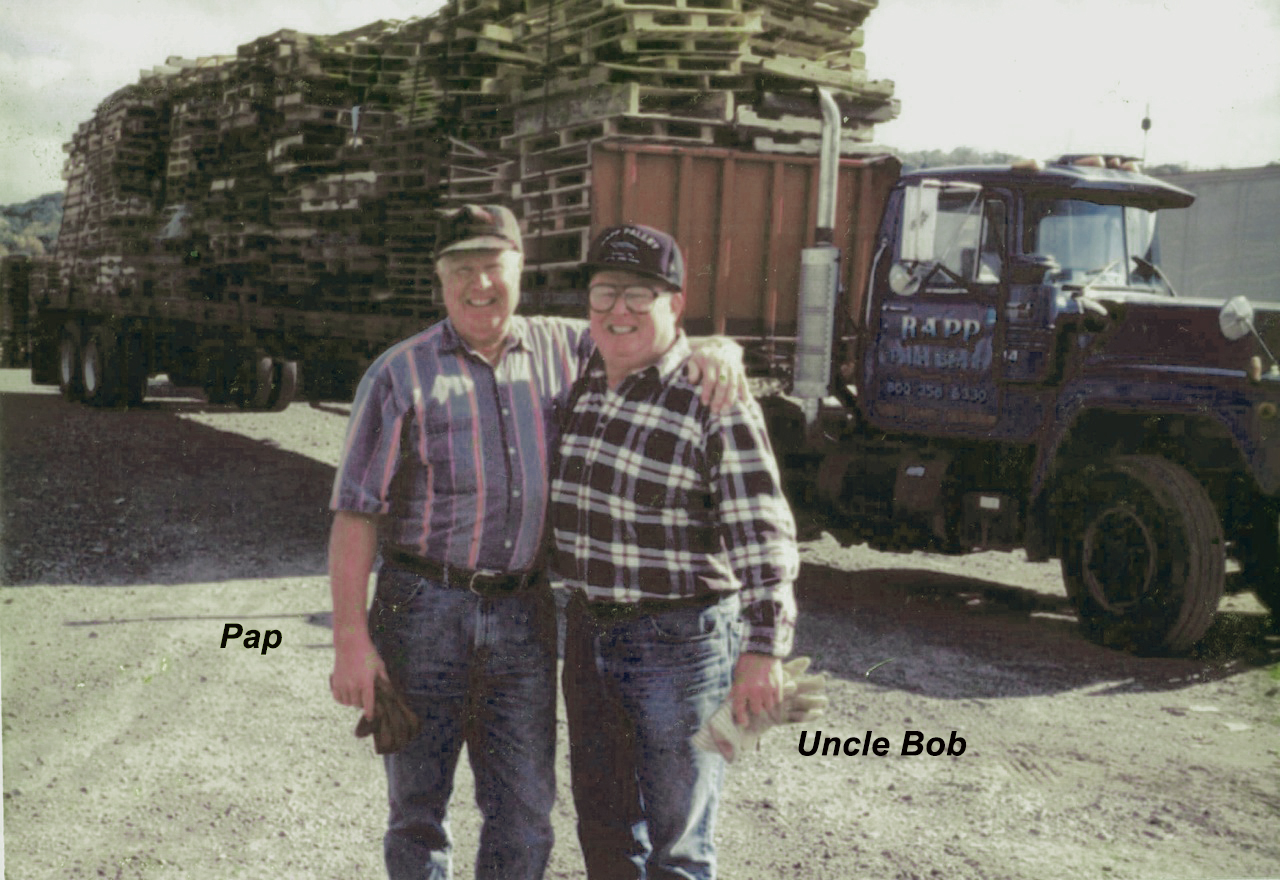 What’s Past is Prologue: the Beginnings of BPTS

Why do a documentary on infrastructure and the freight industry?

This film started for me long before I was born.
It started before the interstate highway system.
It started with a young boy in the early 20th century who, to help his father’s business, would help secure a pick-up truck full of pallets by traveling across miles spread eagled on top of them next to his brother.

Years later that young man would shift from the back of the pick up to the cab of a semi hauling pallets across the Mid-Atlantic coast with his brother still at his side.

He was a kind man and a fine human being and I was fortunate to be his granddaughter. I called him Pap. He was a barrel-chested outdoorsman who loved his family and loved the great open road as much as he loved tracking, hunting and fishing. He did the right things because he felt that was the only way to go about things. No short cuts and no excuses, just do it right.

When I was 15 years old, Pap taught me to drive; to respect the road and to respect the people I would be sharing it with. Because of Pap, I learned that there was a kind of a code among truck drivers. They could communicate with each other using CB radio, but if you were just a normal driver, you could also join in the conversation in a limited way. Of course, kids can indicate to have a driver blow their horn. As an adult sharing the road, you can flash your lights to indicate there is room to merge, or to watch out for a police officer on the other side of the road. It was before cell phones, so Pap assured me that if I found myself with car trouble on the road, a truck driver would be able to get help to me, if not help me directly.

Last year I found myself talking with Steve Williams, another grandchild of a truck driver. We had a kinship in the respect we have for those who make their living on the road behind the wheel of a big rig. We lamented about the crumbling state of the roads and the negative image of truck drivers who are integral to the supply chain. Consumer demand has exploded while consumer understanding of what is needed to repair and maintain our over-worked infrastructure fades away. Why is there a disconnect? As we continued talking, he told me about government stagnancy as well as exciting technologies being developed. He had followed in his family’s line of work and now owns Maverick Transportation. I am a filmmaker who had tinkered with the idea of doing a film about my grandfather. But in that conversation, I realized the better way to honor my grandfather would be to help shine a light on an often invisible industry that he loved and that desperately needs our attention and action. Pap would be proud to have inspired this journey.

So why make this documentary? Because it is the right thing to do.