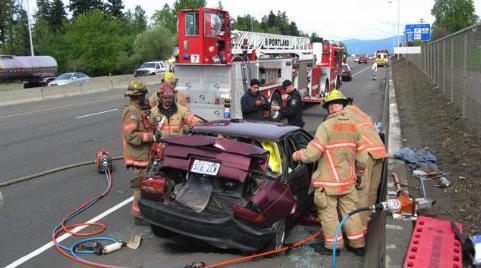 We All Have Families (Video)

According to the latest stats from the US Department of Transportation National Highway Traffic Safety Administration, in 2013, over 2.3 million people were injured in traffic accidents. 32,719 people were killed. 3,964 of those fatalities involved large trucks.

Those are just numbers unless your family was involved. Or if driving on our increasingly dangerous roads is your job. Imagine if the entire population of a town the size of Nacagdoches, TX was wiped out in a traffic accident. Every year. Year after year. Folks in Texas might get a bit upset. So why do we accept the carnage?

Maybe we accept it because we think it’s out of our hands. But it’s not. Everyone of us could be a better, safer driver with a little training, some common sense, and a dash of courtesy. We need to put driver’s ed back in every school. We need to set an example for our children by slowing down. Speed is still the number one killer in traffic accidents. Keep your cell phone in your pocket. Ask public officials why there are not minimum training standards for commercial vehicle operators. And ask your friends for their keys when they’ve had too much to drink. Simple, life-saving ideas.

We all have families. We all have someone at home. Let’s all help each other get there safe and sound.