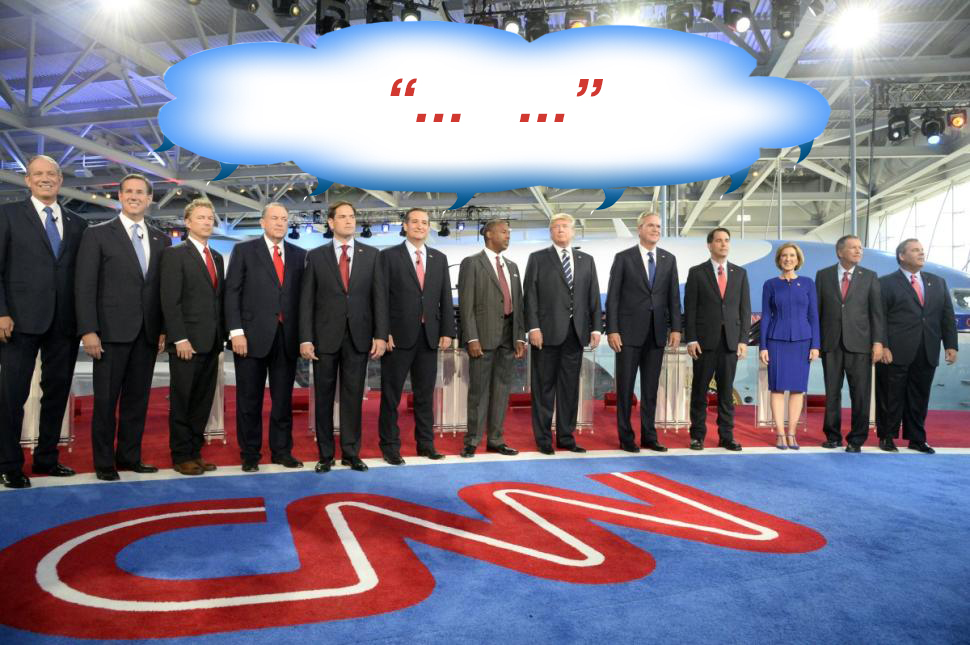 The Presidential Candidates on Infrastructure

You may have heard that there was a debate last week at the Reagan Library in Simi Valley, California. You also may have heard that numerous Republican candidates spoke out on important issues, had clever comebacks, and scored some points with various voter blocs. What you didn’t hear was anyone talking about infrastructure. No one. Not a peep. Here’s the transcript. Searching the words “infrastructure,” “roads,” “bridges,” and “highway” results in that funky chord sound you get when nothing matches.

Democrats don’t fare much better. Hillary Clinton has described an Infrastructure Bank that would “… channel more public and private funds, channel those funds to finance world-class airports, railways, roads, bridges and ports.” No word on where that money would from or how it would be distributed. Meanwhile, last January, Bernie Sanders introduced the Rebuild America Act that would provide $1 trillion for infrastructure spending over the next five years. The bill – which never made it out of committee – also failed to specify any source of funding.

We’re wondering why the repair, maintenance, and upgrading of the backbone of the American economy isn’t a bit higher on the list of things to talk about if you’re running for the highest office in the land. Seriously, we had time to learn about everyone’s wished-for Secret Service name but no time for bridge failures or crippling congestion?

Right now we’re all starting to look around and think about who we would like to lead us for the next four years. Who can take us from where we are right now to a better, more productive, safer, and more financially secure tomorrow. That person must have a serious plan on how we – literally and figuratively – are going to get there. The Interstate Highway System will bring us what we need, deliver products to our customers, carry raw materials to every corner of the country, and keep us connected to each other. Your candidate needs to have an infrastructure policy. If he or she doesn’t, you need to find out why not. Or, better yet, demand they put some serious brain power into developing a plan ASAP.