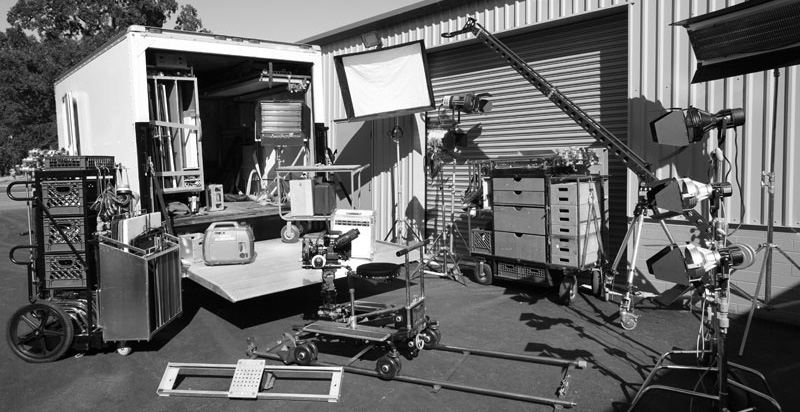 After months of preparation and research, Delaware Park Productions will begin production next week on Be Prepared to Stop, a documentary about the breaking down of the delivery system that brings us most of what we need every day. These days the phrase “crumbling infrastructure” is heard on news reports almost as often as the word “pothole”. We all know we have a problem. Everybody’s talking about it. Nobody’s doing anything about it. At least that’s how it seems.

So why is that? That’s what our documentary hopes to learn more about. We want to understand it so you can understand it so things can get better. First off, it seems the Highway Transportation Fund is broke. The source for a little over a quarter of the money we use for highway and transit infrastructure is billions in debt and those billions keep stacking up. The Fund gets its cash from several sources: an 18 cents per gallon gas tax (24 cents per gallon of diesel), truck and trailer sales taxes, vehicle taxes, and a truck tire tax. Since over 85% of that total comes from the fuel taxes, there’s a big argument in favor of raising those since they haven’t been raised or adjusted for inflation in over 20 years. But, you know, that’s a tax. Voters don’t like taxes. Elected officials don’t want to do things voters don’t like. So, nothing.

No worries though, the President has a plan that taxes corporate profits held abroad. It’s called repatriation and it’s part of Grow America 2.0. However, it’s a 14% tax on big corporations, and it’s only a one-time deal, not a long-term solution. Elected officials don’t want to do things that big corporations don’t like. So, again, nothing.

It’s not like people aren’t trying. In addition to the above ideas, law makers and organizations are promoting other solutions such as a per-barrel tax on oil, toll roads, a mileage tax, and even restructuring the Fund so states can manage infrastructure issues independently. Of course, barrel tax + oil companies = no. Toll roads/mileage tax + local users = no. Reduced federal funding + people who remember what it was like before there was federal funding = no. And here we are.

Meanwhile, we still need food and clothing and medical supplies and fuel and everything currently available on Amazon.com. Every day. For most of us, that’s all coming in on a truck. Dozens of trucks arriving every day filled with the things we need. Thousands of trucks traveling town to town, state to state, coast to coast, filling those over-worked highways and rumbling across bridges older than any of those elected officials. Millions of trucks and yet the cold, hard truth is that there actually aren’t enough of them to meet our needs – we’re looking at a shortage of nearly 300,000 drivers in the next 10 years. Now you know why we’re calling the documentary Be Prepared to Stop.

It’s such a complex issue with so many stakeholders it’s easy to resort to simplistic finger-pointing split along party (and bottom) lines. We’d really like to find out if there is, if you’ll pardon the pun, a road less traveled that we might all be willing to take. It’s sure to be an interesting journey and we hope you’ll come along for the ride. We start next week in Washington, DC, talking to the policy makers and advocates who’ve been dealing with these issues for years. Keep checking back and we’ll fill you in on what we learn, rollin’ down the highway.