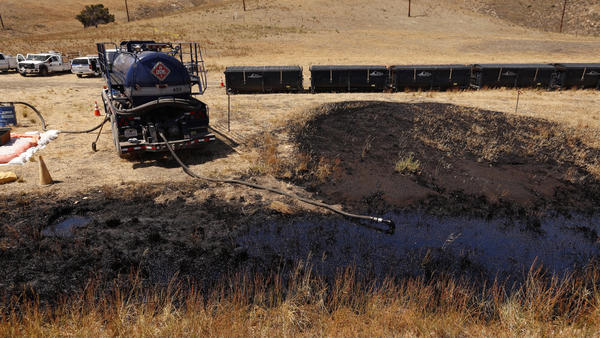 No Infrastructure is an Island

Last month just off the coast of Santa Barbara county in California an oil pipeline broke. The Los Angeles Times reported that the section of pipe that cracked had worn down to 1/16th of an inch. When the pipe gave way, about 21,000 gallons of Exxon Mobil’s crude oil spilled into the Pacific Ocean near Refugio State Beach.

If you’ve poked around a bit on this site, you know we’re talking a lot about infrastructure. Well, that pipeline is infrastructure. Privately owned, yes, but representative of all the pipes, public and private, crisscrossing under the ground (and lakes and rivers and oceans) in your neighborhood – all of which are very possibly older than you are. Of course, we’re not really pipeline people here at Be Prepared to Stop, we’re road and truck people. But all infrastructure is connected, so when one fails it impacts another. And boy is this one impacting roads and trucks.

As oil storage tanks rapidly fill up, Exxon Mobil is asking local officials to allow a fleet of 5,000-gallon tanker trucks to transport the oil along U.S. 101. Eight trucks per hour, 24 hours a day, every day. That is a lot of trucks. That’s a lot of exhaust. That’s a lot of wear and tear and congestion on a main artery along the California coast. Not to mention that it’s a tremendous safety risk for other drivers and for the environment. Seems like an(other) accident waiting to happen.

Since the first barrel of oil was pumped out of the ground, it’s been transported by a wagon or truck. It’s not surprising that trucks are being called on again to keep the supply flowing to an oil hungry economy, but it’s certainly not an ideal solution. Honestly, we have no wisdom to impart here. Just a reminder that it’s all kind of a giant game of Jenga. One piece pulled from the wrong spot can send the whole thing crashing to the ground. 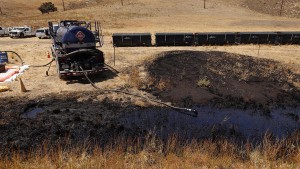 Note: since this post was first published, Santa Barbara County has rejected Exxon Mobil’s proposal to transport oil via a truck convoy. How do you think this situation will resolve?