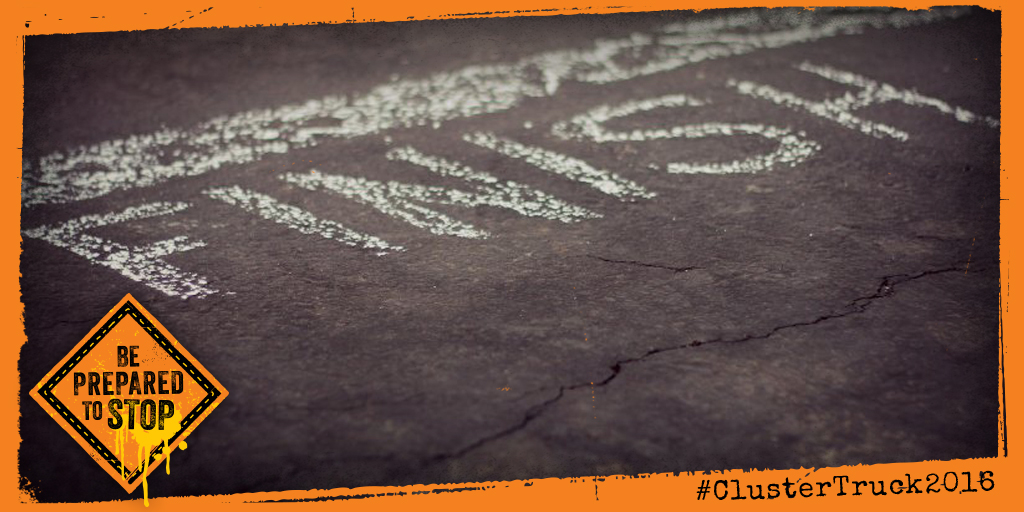 How is THIS Still a Thing?

Hello, People-Who-Keep-Coming-Back-for-More here at Be Prepared to Stop. How are you? We hope you’re doing well because we’re having a particularly good week and want everyone to be as happy as we are.

It’s finished. That’s right, the film you’ve been hearing about and asking about and reading about for a year is in the can, as the movie folks say. (Even though there are no film cans to speak of anymore. But, heck, we’re still calling it a film even though it’s actually little pixels on a hard drive. Tradition!)

We have to admit that the excitement is mixed with a little disappointment, though. Our reason for making this film was simple – the US highway system is in dire need of repair and there is a distinct lack of political will to change that. So we set out to bring this problem to you so that together we could get Congress moving towards solutions. The good news is we think we have a film that can help. The bad news is we still need a film like this.

I mean, really? It’s been over a year – almost two years for executive producer Jennifer Clymer – since this project began. How is it possible that there still isn’t a long-term funding solution for the Highway Trust Fund? As John Oliver might say, “How is THIS still a thing?”

We thought things might be changing with the 5-year Transportation Bill passed last December, but, alas, it was just another Band-Aid. Granted, it was a better Band-Aid than in years past, but still a stop-gap measure that only sets us up for another mess in 5 years.

So, YAY, we have a movie and YIKES, we still need a movie. We will let you know in the next few weeks where you’ll be able to see it and help us spread the word about the need to save the pothold-laden lifeline we drive on every day. Thanks for coming along on this ride with us. More soon!!