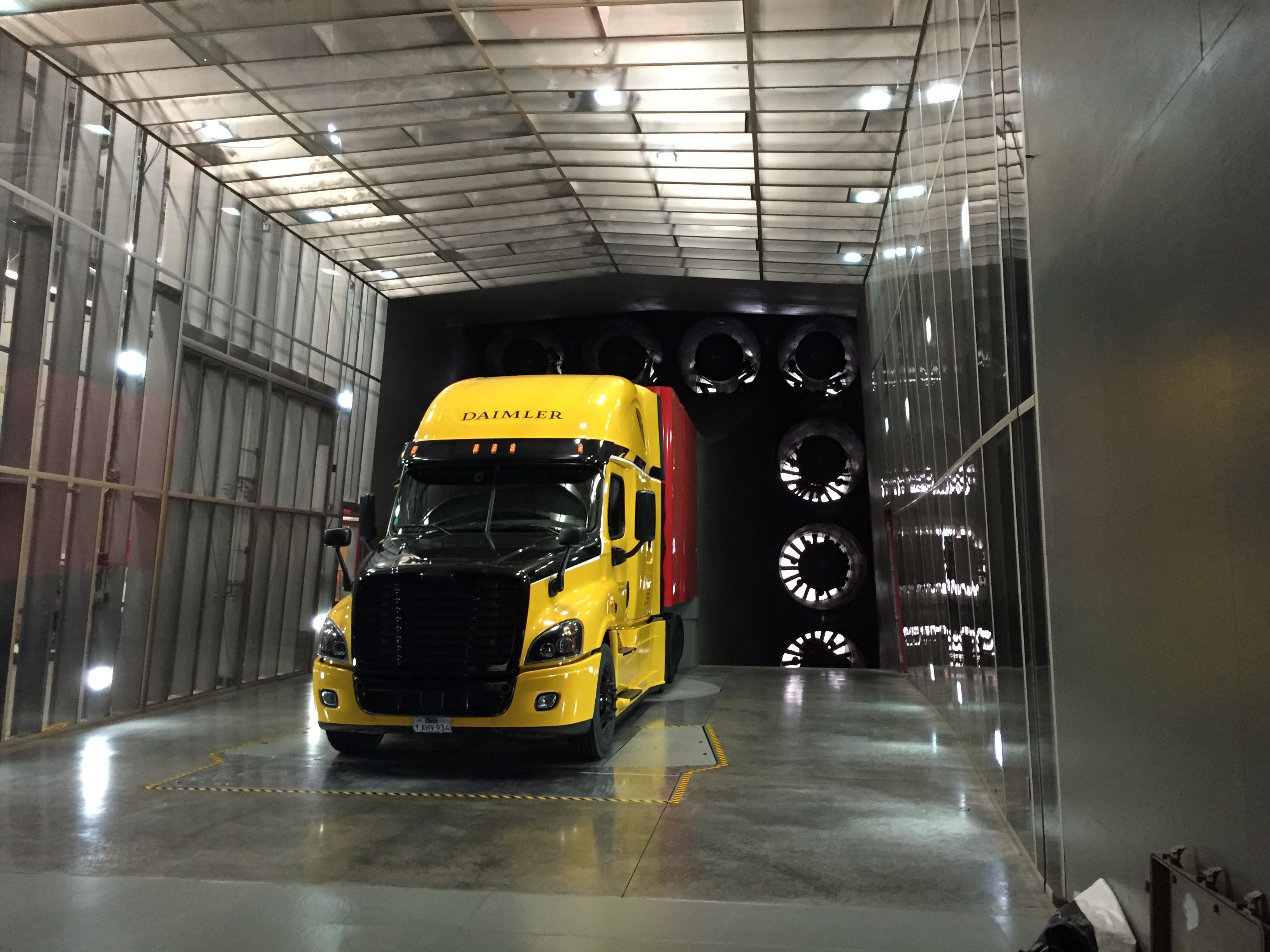 Expanding the Conversation and our Horizons

Three weeks ago we took a little trip to the future by way of Portland and Daimler Trucks North America. You may know them as the folks who came up with the SuperTruck and the autonomous Inspiration Truck. We now know them as those guys with the kick ass wind tunnel.

If you think about it, the basic concept of a truck hasn’t changed much in 100 years. It’s a large vehicle with a trailer of some sort that is designed to carry heavy and/or large loads. In those trucks are the basic necessities (fuel, medicine, Girl Scout cookies), the materials needed to build our communities (steel, glass, lumber), and the luxuries that can make life a little sweeter (flat screen TVs, PedEggs, Lamborghinis). Certainly, the mechanics and technology that go into building today’s trucks have advanced tremendously, but the basic goal – get me my stuff! – remains the same.

Truck designers these days are looking for every opportunity to improve fuel economy, increase load capacity, and raise safety standards. The tiniest changes in the lines of the tractor, the placement of mirrors, the height of front bumpers, the size of tires, the types of materials – anything is up for grabs when it comes to finding the way to build a more efficient truck. Daimler is in it to win it, as they say, and we had some great conversations while we were there.

We heard how the new technology and efficiencies designed into the SuperTruck can go from prototype to reality for trucks and cars, and about how the future driver population is more tech savvy and will expect a more “automotive-style cockpit”. Lori Heino-Royer, Daimler’s Director of Business Innovation, even has this crazy idea that she could get Congress talking:

Of course, the super-est truck in the world isn’t that much better than your grandpa’s pick up when it’s faced with super-congested roads. Which brings us back from the future to the present, where SuperTrucks are just ordinary vehicles stuck on the Interstate. We’re with Lori when it comes to changing up the conversation. We’re hoping Be Prepared to Stop can help widen that discussion to include everyone sharing the roads – from big rigs to motorcycles to pedi-cabs. Hmmm. We might need a bigger room…