Our small but mighty documentary made its way onto the screen at the US Capitol Wednesday night. Executive Producer/Co-Director Jennifer Clymer welcomed an invitation-only group of people including Congressional staffers, government agencies, safety groups, road builders, trucking associations, automobile and truck manufacturers, and other stakeholders to the event that included a reception, showing of the film, and panel discussion.

The event was sponsored by Congressman Earl Blumenauer (D-OR), who spoke passionately about the need to “shatter the myth” that voting for funding increases to support infrastructure repair, maintenance, and improvements will hurt a Member of Congress politically.

“The road builders commissioned a study looking at the 22 states… that have raised highway revenues since 2012. And they found that the men and women who voted for those revenue increases got reelected at a higher percentage than the people who voted no.”

The panel, moderated by Producer/Co-Director Marijane Miller, continued the conversation addressing the issue of how to engage and motivate the general public in the taken-for-granted issue of infrastructure.

Gregory Nadeau, Administrator for the Federal Highway Administration emphasized that technology is changing how the transportation industry works and how it is funded, and that it cannot be an “all eggs in one basket funding source.” He added, “We need to make this a matter of national pride.”

Jackie Gillan, President of Advocates for Road and Auto Safety built on Mr. Nadeau’s statement by pointing out the need for stakeholders to come together and embrace each other’s needs a little more. She feels politicians would have permission to go forward if there was a unified plan. “The public wants Congress to make their roads safe. They’re just not telling us exactly how to do it, and they expect us to come together and figure that out.”

Brian Burton, Chief Counsel and Secretary for Daimler Trucks North America brought the business and manufacturing point of view to the discussion. He mentioned that Daimler’s main effort was focused on improving safety technology, adding that businesses can’t be “in a defensive mode.” Business needs to be “willing to take responsibility for being part of the solution… and to get it moving forward.”

Steve Williams, Chairman and CEO of Maverick USA rounded out the panel, presenting the trucking company owner’s point of view. A long-time advocate for making the industry safer and more productive, he emphasized the need for politicians to quit worrying about getting re-elected and do something. He is concerned that the general public takes good roads and a well-functioning transportation system for granted, and are ignoring the rising death rate on our highways at their peril. “It’s time for action and people need to get in line and get with it, or be ready for the consequences and hope that you aren’t one of [those killed in highway accidents]. But you might be.”

Our panelists spoke about so many aspects of this complex issue and we’ll share more – including some video from the discussion – in the coming days. For now, we’ll leave you with a final comment from Congressman Blumenauer that we hope is a prediction that comes to pass:

“I’m convinced that [Be Prepared to Stop] made a great contribution to this discussion. I’m hopeful that sooner rather than later Congress steps up and does the right thing. And in no small measure it’s because the message that you have here is portrayed in a forceful way that even Congress has to act.” 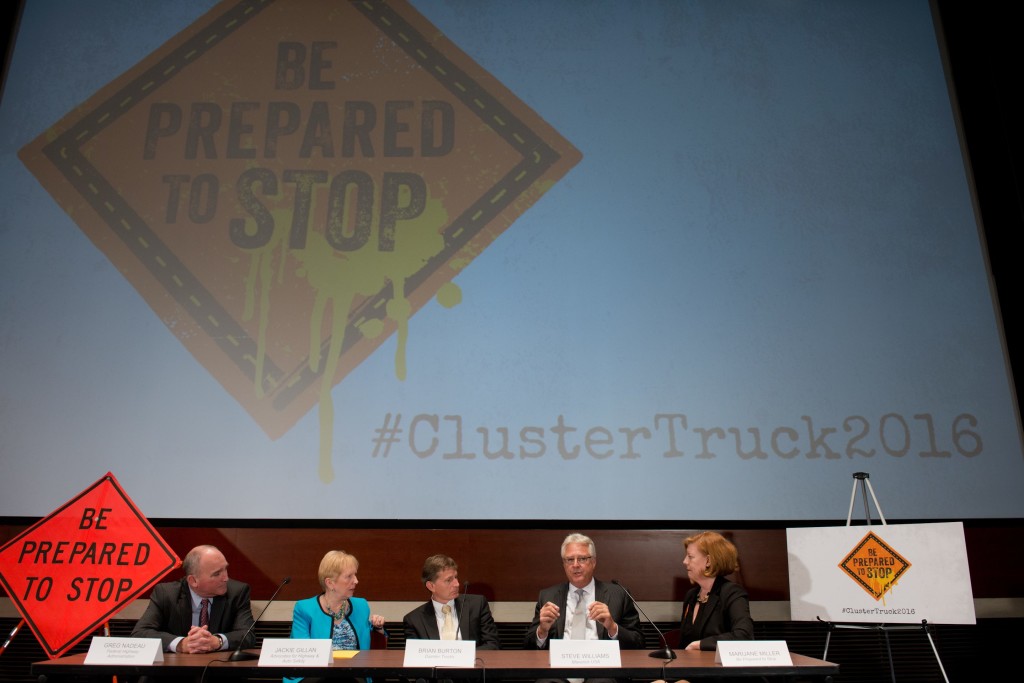