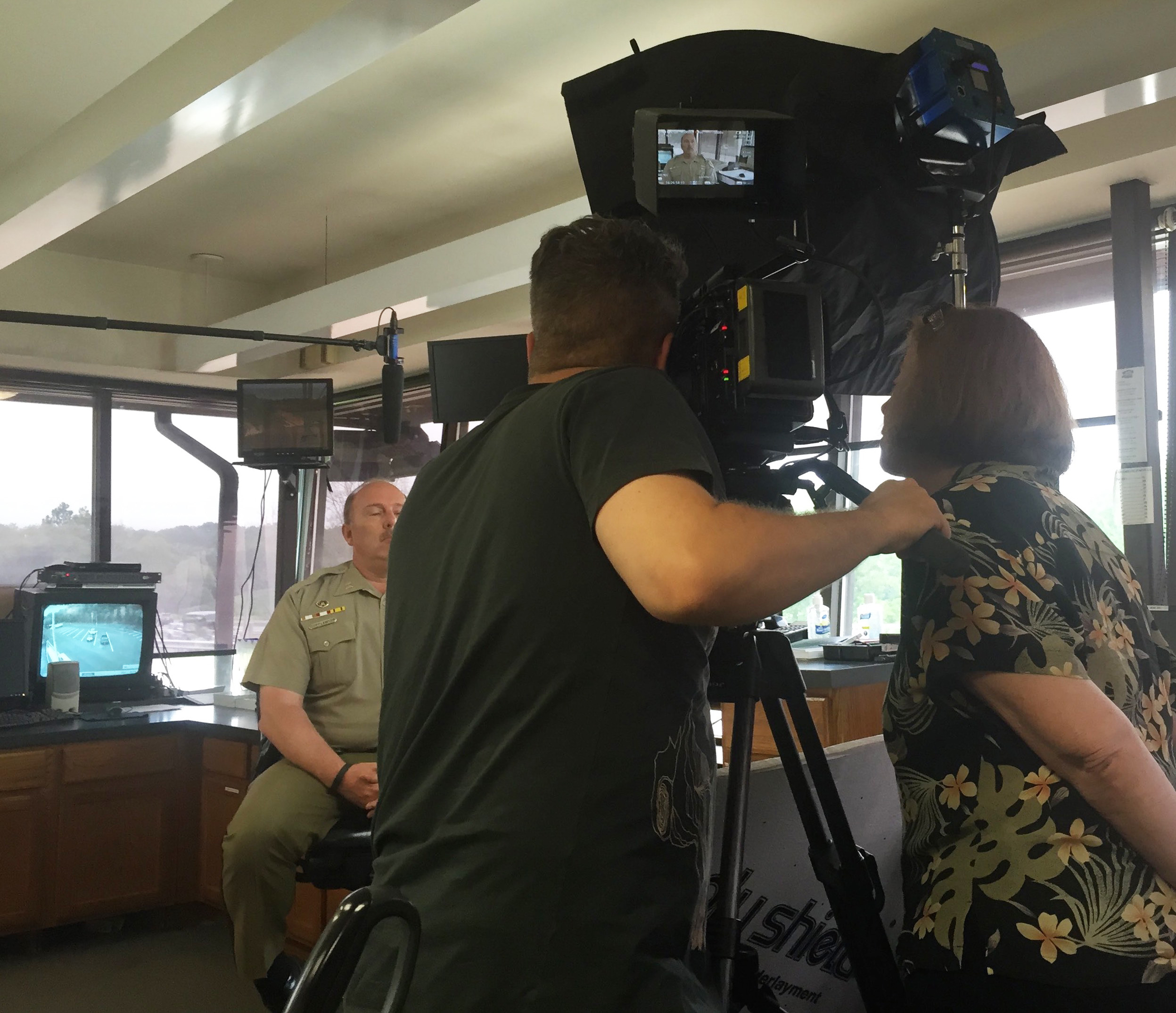 A lot can happen in a week.

The Be Prepared to Stop crew met in Washington, DC to do some filming and found ourselves caught up in everything from a torrential downpour to assorted confusing traffic circles to landmark Supreme Court decisions – all of which made us a little dizzy.

Interviews with folks like economist Dr. Tracy C. Miller from Grove City College, Maryland State Police Captain Norman Dofflemyer, transportation strategist Beth Osborne, and OOIDA Executive VP Todd Spencer gave us a taste of just how complex the transportation infrastructure issue is. It also illuminated just how, um, well, enthusiastic people can be about their priorities and points of view. We enjoyed every minute of it and can’t wait to meet more smart, dedicated people who may have different opinions on solutions, but absolutely are striving to improve our infrastructure.

We also spent some time with a couple of great commercial vehicle operators – independent businessman Tilden Curl and one of DM Bowman’s newer drivers, Chad Brown. Both love what they do and want to keep on doing it, but acknowledged that congestion on the roads was a worsening problem that made their job harder and sometimes less than profitable. They both also mentioned that it would be great if we non-truck-driving folks would remember all that stuff we learned in our high school driving classes. Here’s something to tattoo on your dashboard: The average big rig traveling 65 miles per hour needs about 525 feet to come to a stop. That’s nearly 2 football fields. Popping into that space in front of a truck suddenly seems less appealing, doesn’t it?

Meanwhile, a bipartisan group of Senators introduced the Developing a Reliable and Innovative Vision for the Economy (DRIVE) Act. It would appropriate nearly $43 billion per year to the Highway Trust Fund. But once again, it’s a proposal without a bank account to back it up. Raising the gas tax seems to be a non-starter, and the President’s repatriation concept is fading fast. So, that had the old DC grapevine humming last week.

While lawmakers and advocates made speeches, one branch of government actually got something done. The Supreme Court handed down some impactful decisions regarding the Affordable Care Act and same sex marriage. A group of educated, opinionated, highly respected humans looked at the information, weighed the evidence, and, although not unanimous in their opinions, presented a solution. Bring down the gavel. Done. Of course, they don’t have to worry about how to pay for their decisions…

Have a great 4th of July, everyone. The US may have shifted gears a bit this past week, but she’s still rolling strong!